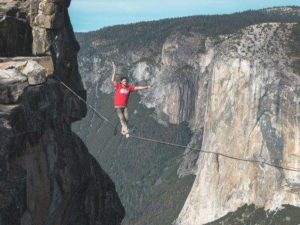 Most of us will find ourselves in a situation where we will be faced with the prospect of having a difficult conversation with someone at work.  Whether it’s because there’s been a difference of opinion, a performance issue, a missed deadline, or some other conflict that’s arisen, difficult conversations can’t be avoided in the workplace.

What Makes a Difficult Conversation Difficult?

Given that we’ve called it a “difficult” conversation, we’ve already tarnished a normal conversation into something that we now believe to be difficult.  So one of the first things I recommend is to stop calling it a difficult conversation.  I’d rather have you think about it as just a conversation that may feel uncomfortable for a moment during the conversation.

How to Have a “Difficult” Conversation

Now, if you Google “difficult conversation”, you will get thousands of opinions on how to manage one.  I’m now going to add my advice to the list!

No conversation is difficult until you decide it will be difficult.

We have conversations all the time that are uncomfortable in parts, or we find ourselves saying something that creates a less-than-ideal atmosphere between us and the person we are talking to.  We talk to people about their behaviour all the time.  We give them feedback.  We tell them something they might not want to hear.  And we continue to live another day.

We can often reflect on what we could have said to have that conversation go differently.  This is especially the case when we have upset the other person.

Here’s some things you might want to think about the next time you are faced with an uncomfortable conversation:

Most people don’t want their behaviour to negatively affect others.  Be a contribution to the other person so that they can learn and grow from their experiences.  Allow them to contribute to you.

Conversations are moments in time.  Some are more significant than others.  Some can change the world.  All conversations can feel easier when you go into them with the best intentions and a willingness to communicate openly and honestly, without trying to be better, look better, or know better.

Get My Blogs Straight to Your Inbox